Police Square Club of the City of New York

The Police Square Club is one of the many fraternal organizations recognized by the New York City Police Department. We are proud members of the Committee of Police Societies and the N.Y. State league of Masonic Clubs. The Particular objects of the Club are to promote social intercourse, strengthen friendship and promote each others welfare among Master Masons who are, or have been, employed by the Police Department of the City of New York.

The Police Square Club of the City of New York was organized March 15, 1920 and incorporation of the Square Club by the State of New York, Office of the Secretary of State on November 20, 1923. 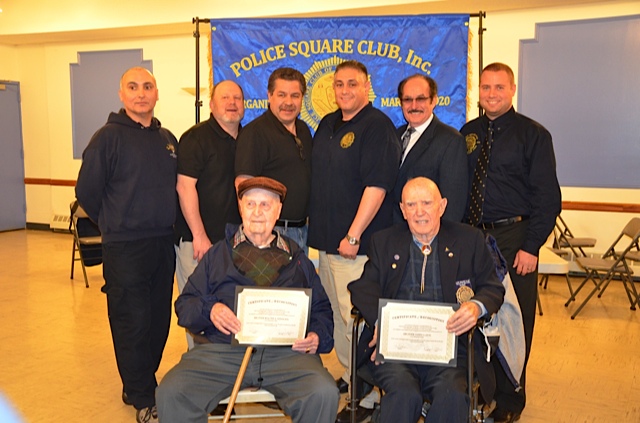 In loving memory of our Brothers, Bro. Walter Heinsohn (bot.l.) and RW James “Jimmy” Leete (bot. r.). Photo from Brotherhood Night 2013 with Past Presidents in attendance.

We meet on the 4th Tuesday of the Month from September to June, with no meetings taking place in the Summer.

Membership is open to all Master Masons, active or retired of all ranks and civilian employees who are in good standing, belonging to a Lodge under the jurisdiction of the Grand Lodge of New York.